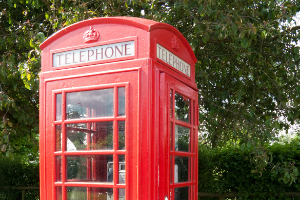 Have your say and let us know what you think about British Telecom's (BT) plans to remove some phone boxes across North Devon.

North Devon Council is carrying out the consultation on behalf of BT to find out what local people think about the plans to remove 10 phone boxes within the district which are listed on the council's website, along with their average monthly amount of calls.

The proposals are being put forward because of the low usage of the telephone boxes and the increasing extent of mobile coverage in the area.

The consultation process also gives local communities the opportunity to adopt a traditional red ‘heritage’ phone box and make them a community asset. Details about how to do this can also be found on the consultation page or by visiting adopt a kiosk

Chief Executive of North Devon Council, Ken Miles, says: "We want to be able to provide a picture to BT of what the people of North Devon think about their proposals to remove a number of little used telephone boxes in the district. If you have an opinion about the removal of one or more of the proposed phone boxes, please do let us know. It doesn't take long to get in touch and it doesn't need to be a lengthy response."

The council is coordinating responses for BT and will respond on a case by case basis for each phone box on whether its proposed loss is agreed with, objected to or whether the community wish to adopt the phone box themselves.

Comments must be received by 30 April 2021, either by email to planningcomments@northdevon.gov.uk (marked ‘Phone box removal’ and identifying the phone box in question) or by post to Strategic Development and Planning, North Devon Council, Lynton House, Commercial Road, Barnstaple, Devon EX31 1DG.