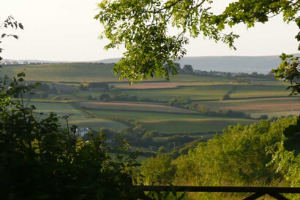 A document providing guidance and advice to help maintain and improve the air quality across northern Devon has been given the go-ahead by North Devon Council and Torridge District Council.

At Torridge District Council's Full Council meeting on Monday (5 October) councillors agreed to adopt their Air Quality Supplementary Planning Document (SPD). The SPD looks at how new developments might affect air quality adversely, the type and scale of development proposals which would require an air quality impact assessment and if so what it should include. It clarifies the process of assessing air quality when making a planning application and how potential air quality impacts need to be addressed.

At North Devon Council's Strategy and Resources Committee, also on Monday, following the SPD's original adoption in June, councillors agreed to adopt an amendment to clarify the catchment areas within which a specific assessment is required for agricultural development to address potential air quality impacts arising from ammonia. The new wording matches that adopted by Torridge District Council.

The need for an air quality SPD for northern Devon was initially identified in the 2016 Braunton Air Quality Action Plan which aims to tackle air quality issues within the village, however it was recognised that a document with a wider scope would be beneficial for all of northern Devon.

Lead Member for Planning at Torridge District Council, Councillor Peter Watson, says:  "The guidance provided in this SPD should really help to ensure that the impacts of development on air quality are considered and addressed appropriately as part of planning applications. It should help applicants, agents and decision takers understand what is required and ensure development doesn’t cause unacceptable air quality impacts."

Lead Member for Economic Development and Strategic Planning Policy at North Devon Council, Councillor Malcolm Prowse, says: "The amendment to the policy was proposed to ensure consistent guidance and procedures are provided by both districts to supplement relevant policies in the joint Local Plan. The SPD received praise from Natural England following it's adoption in June by North Devon Council who hope that other local authorities will follow suit. A lot of hard work has gone into the preparation of the document by both councils so I'm pleased that it has now been fully adopted."

Lead Member for Climate Change at Torridge District Council, Councillor Peter Hames, says: "This document is an important supplement to the Local Plan. It will help to reduce air pollution, which is one of the main causes of death and disease in the UK and a major contributor to climate change, and I particularly welcome inclusion of a section on agricultural emissions.

Ward member for Braunton East at North Devon Council and Chair of Braunton Parish Council, Councillor Liz Spear, says: “On behalf of the residents of Braunton, I was delighted that the air quality planning document was adopted earlier this year. It is good that we are the first to tackle the issues of ammonia pollution. It is not only a North Devonian issue but also a serious national issue. In fact, ammonia pollution, although deadly in itself, can act as a catalyst with NO2 urban pollution - hence the AQMA for Braunton. The SPD is  a living document to help people live longer and including this amendment just shows how adaptable we can be to make sure we look after northern Devon for our residents. This Thursday is National Clean Air Day so the timing really couldn't be better."

The SPD has been prepared as a joint project between officers and councillors from North Devon Council and Torridge District Council to supplement policies contained in the joint North Devon and Torridge Local Plan. The document will be used by both councils when considering future planning applications across northern Devon.

The SPD and Braunton Air Quality Action Plan will be available to view on the councils joint planning website consult.torridge.gov.uk/portal/planning/localplan as soon as the amendments have been made.