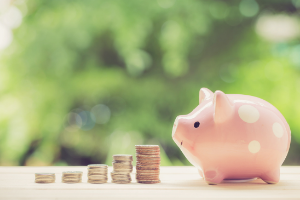 Councillors on North Devon Council's Strategy and Resources Committee have agreed and recommended to Full Council their draft budget for 2021-22 whilst expressing concerns about funding in the future.

The original £2 million predicted budget gap for the year ahead has been partly plugged with some one-off funding from the government but there is no indication that these will continue ongoing. The council has also received better than forecast funding from the government's New Homes Bonus Grant. However, this scheme is due for review next year, alongside planned reforms to local government funding, which is creating uncertainty for the future.

Research also shows that local authorities in rural areas receive less central government funding per head and their residents have to pay more council tax to make up for it. In Devon, it is estimated local authorities receive around £120 less per head in government funding than in urban areas and end up paying around £138 more in council tax as a result.

The remainder of the budget gap will be balanced through:

The council will continue to support a range of community groups and projects with grants. £171,000 will be shared between the Area of Outstanding Natural Beauty (AONB), Go North Devon, North Devon Biosphere, North Devon Voluntary Services, the Citizens Advice Bureau and two funds for climate and environmental grants and community councillor grants that community groups can bid for.

Lead Member for Resources Cllr Ian Roome says: "It is unfortunate that underfunding for rural areas means we have to place the burden on the council tax payer. However, to try and ease that burden moving forwards, the council is looking at a number of commercialisation projects to raise income through other means. We know there are many people struggling financially, especially through the pandemic so we have tried to keep any increases to a minimum and will continue to work on finding alternative income streams in the future."

The budget will now go to Full Council on 24 February.